A Life Story Mapped Across Three Cities, Chatting with Rich from @watchbiao

Growing up in a multicultural environment, Rich from @watchbiao shares his life story across three cities that he calls home and his passion for horology. Tidlos Craft from Vienna and Taipei had the great pleasure to interview Rich in New York and find out that no matter where you’re from we’re all in this together.

Tidlos Craft: It’s a great pleasure to connect with you Rich!

@watchbiao: Thank you, happy to talk to you about watches and my journey.

TC: Where are you from, Rich?

@watchbiao: I was born in Taiwan, in the East District of Taipei. I lived in Taipei until first grade and then moved to New York with my mom.

TC: What made your family decide to move to the US?

@watchbiao: My mother moved to find better opportunities and a better education for me. Maybe the mandatory military service in Taiwan was also a reason. I’m very grateful to her for all the opportunities that she provided me.

TC: How was it for you growing up in the US?

@watchbiao: It was quite tough, I didn’t know any English. I basically failed all my tests in the first year. However, as a young kid you learn things quickly and can pick up the language easily. After two years I found a way to fit in. Initially I didn’t like the food too much.

TC: What did this experience teach you?

@watchbiao: It probably taught me to face challenges and become tougher. When you are exposed to that at a young age, it’s challenging and scary. I was forced to try new things. After you go through them you appreciate coming out the other side, being smarter, safer and more experienced.

I am also grateful for my mother deciding not to live in a Chinese neighborhood. She didn’t want us to just be in the community and only speak Chinese all day long. She wanted me to mix in with a diverse community. Growing up, I did not have any Asian friends.

TC: What did you study and what work do you do?

@watchbiao: I studied economics and worked in the finance industry in New York. I moved to Shanghai before the financial crash in 2007 to work for a video game and technology company and ended up living in China for 10 years. It was already at that time that China started blocking international platforms so my views were kind of sheltered.

Now I work in cryptocurrencies, blockchain and real estate. It was a natural progression from people coming from the video game industry. Many of my peers did a similar transition. Most games today have a virtual currency. When crypto became popular we envisioned all these possibilities.

TC: How was it for you living in Mainland China?

@watchbiao: You know there is a lot of stigma against China. Especially growing up in the US, this is even stronger. So when I first moved there I was a little nervous. But it turned out to be a great experience. The last few years in the US have been quite the opposite in that case (hahaha.) I really appreciate the Chinese experience more and more.

TC: Where do you consider home?

@watchbiao: In New York, I feel very comfortable. My wife is Shanghainese, her family and roots are there. My older sister and relatives still live in Taiwan. I would say these three places are all home for me.

TC: What could people learn from a Taiwanese and Shanghainese marriage?

@watchbiao: I think to be open minded. My family and myself are not political or religious, we try to keep an open mind about different ways of life. I recommend everyone to travel as much as they can and to see the world.

Human beings in general just want what is best for ourselves. Live well, be successful, be healthy and take care of our families. I try to stay on the positive side and think that we’re all in this together. I have travelled to places portrayed by the media as scary places – China and Russia. A lot of what you see in the media is not always true.

“ Posting my better half’s first wrist shot here. This hobby is not just a boys club and it’s fun seeing her willing to get involved these days.”

TC: How did you get into horology?

@watchbiao: I have been into watches for 20 years. I got into the field after college and when I got my first job. Back then social media was not so common so it was harder to connect. There were a few forums such as ThePurists and Timezone.

When one was into watches back then, it was seen as nerdy. Whereas all the cool people were into sports or cars and fashion, trying to look good, being successful. Watches were something geeky, now that we could all connect, it's a great feeling.

TC: What was your first wristwatch?

@watchbiao: I got my first watch in elementary school in 1990, when I was 10 years old. I bought a Casio or Quartz Timex in a comic book store, it cost me 10 USD$ back then. As a young kid, it was probably the coolest thing, It was like a gadget.

TC: What was your first mechanical watch?

@watchbiao: When I graduated highschool, my family got me an Omega Speedmaster. It was the Michael Schumacher version, with the yellow dial. He was the ambassador for Omega back then. I thought it was the coolest thing ever. I wore it 24/7, to school, to play sports. I didn’t treat it well though, it has a lot of scratches, it looks like it has been through a war.

I was into cars when I was younger. The colour of your Ferrari impacts how fast it is, and yellow ones were the fastest, red second. It was a nerdy joke among car enthusiasts back then.  So I had to have the yellow one.

TC: What was the first mechanical watch you bought?

@watchbiao: When I worked on Wall Street, everyone around me wore a Rolex. I wanted to have something more unique and so I researched a bit. This got me down the rabbit hole. At that time Panerai was the hot thing. So I decided to buy a Panerai and later a JLC Reverso.

“Hey JLC, your new Super Reverso with a Tourby, QP and minute repeater all together is nice and all, but you better launch some cool simple and complicated Reversos that enthusiasts can actually buy😂.”

TC: What have you been focusing on in your collecting journey?

@watchbiao: Initially I focused on icons that everyone should experience and handle at some point. Many of the popular watches today were designed 50 years ago, Rolex, Speedmaster, Nautilus, Reverso. I like Daytona and Royal Oak, those are the icons that have a permanent place in my collection. My wife enjoys them as well so we have a few matching ones. It’s a joy to share that with her.

His and Her Daytonas, Photo Courtesy of @watchbiao

After having some icons it can be that you get bored of some. So I also have some crazier stuff, new designs that might become icons in the future. For example F.P. Journe and Bulgari Octo Finissimo.

And now I start getting into independents like Urwerk, MB&F, De Bethune and Harry Winston Opus. Initially they looked like sculptures to me and I never thought they would appeal to me.

TC: We see that you are wearing an Octo Finissimo, what appeals to you?

@watchbiao: When I saw this Tadao Ando version in 2019 I thought it was a really great design. I love the colour grey, the dial is just very clean but creative, there is the spiral design on the dial. When I post a picture of it, it feels like your eyes are going crazy, you are being hypnotized. When I was younger I thought of becoming an architect, maybe this piece reminds me of that passion.

TC: What watch do you wear often?

@watchbiao: Funnily during lockdown, I often don’t even put on a watch. I sometimes have 2 or 3 pieces on my table next to me to look at.

“ I remember the Datograph was talked about so much on the forums in the early 2000’s. Everyone knew at the time that it was a revolutionary and important watch, moving the goalpost of what a high-end commercial watch can be like, and forcing the Swiss brands to up their game. Since then, it’s been rare to see a new watch launch have that same kind of effect.”

TC: Is there a holy grail?

@watchbiao: There are two pieces, one attainable and one that isn’t. One that I’m looking at is the Patek 5170 P, a manual winding chronograph in platinum with a blue dial and diamond baguette markers. I absolutely love Chronographs, especially manual winding and blue is my favourite colour.

One that I won’t be able to attain is designing a unique piece, a Chronograph. In my opinion, Lange & Söhne makes the best Chronograph movement in the world. I would acquire a 1815 Chronograph and discard the case. I’d give it to Kari Voutilainen to rework and make the subdials in line with the center post. I’d ask him to add his signature Guilloché Enamel dial in grey and blue and wrap it around a tantalum case with his signature teardrop lugs.

TC: What are your future plans with your collection?

@watchbiao: I feel like I don’t want to grow it too much more. I want to become more mindful of what I buy and sell. I had too many watches before and felt guilty of not even wearing them. I’d like to explore more unique pieces such as Urwerk, MB&F and Haldimann and microbrands like Ming.

The next decade will be the era of the Independents, they will become more popular. I see many brands coming up in Japan and even in China. Those are exciting times. I hope to have more opportunities to learn about them in the future.

TC: What advice would you have for younger collectors who are just starting?

@watchbiao: I think it became tougher today to start collecting as most of the popular stuff is difficult to get. I’d recommend meeting other collectors, join meet ups and try on as many watches as you can.

Don’t get caught up into the IG hype, don’t necessarily buy the famous models only because they are hot. And don’t look at it as an investment as there certainly are faster and easier ways of making money. At the end of the day it’s just a watch.

TC: What have you given back to your mother and have you bought her watches?

@watchbiao: I will never be able to repay her. Most kids will feel the same towards their parents. She is getting a bit older where she doesn’t wear watches. Jewelry is not that important anymore.

I’m actually trying to convince her to get an Apple Watch. I worry about her and the Apple Watch is perfect for health reasons, having so many health applications. I spend more time with her and going on vacation together is actually the greatest joy.

TC: It was a great pleasure. We wish you and your family all the best and a healthy and prosperous life.

@watchbiao: Thank you guys, it was my pleasure. Looking forward to connecting in person once travelling is allowed again. 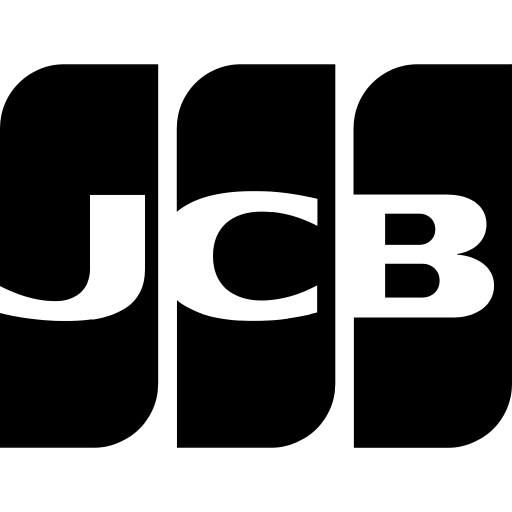 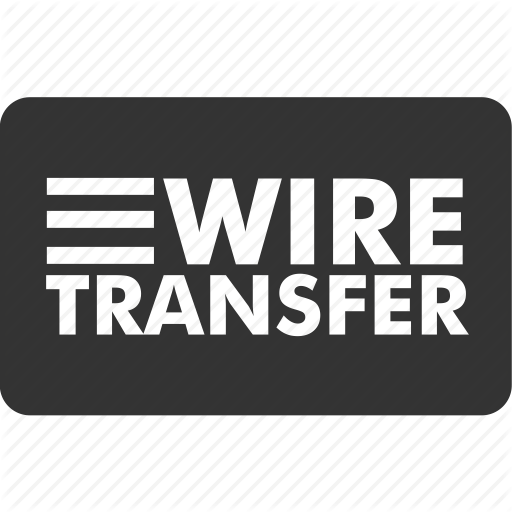